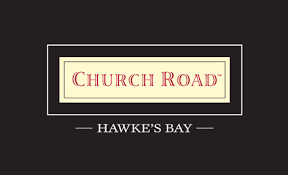 Steinmetz returned to his native Luxembourg in the 1920s, leaving his winery in the hands of the 19-year-old Tom McDonald, who had been working for him since his early teens.

Tom McDonald retired in 1976 and the winery carried on winemaking up until 1981 when a change of ownership saw the winery slowly shut  down.

Church Road  has vineyards in a variety of Hawke's Bay areas, so we can harvest a diverse range of grapes and select the best. Underpinning everything they set out to achieve in the vineyards is viticulturist Graham Bartleet and his team's concern for the environment. They make sure their vineyard practices consider the long-term needs of the land.

In the winery, the Church Road commitment to centuries-old winemaking techniques is genuine. They specially import giant French oak cuves (wine vats) to ferment their red wines, and then age them in French oak barriques. They also work with famed French winery Domaines Cordier early on to fast-track the implementation of traditional winemaking techniques. While the French experience of tannin management and style definition has had a major impact on their winemaking philosophy, they had to modify their approach to suit th New Zealand fruit.

I always include a visit to this winery when in the area, its wines are highly consistent and they cover the range from easy drinking good value to "top-line" premium wines  - Tom Series.